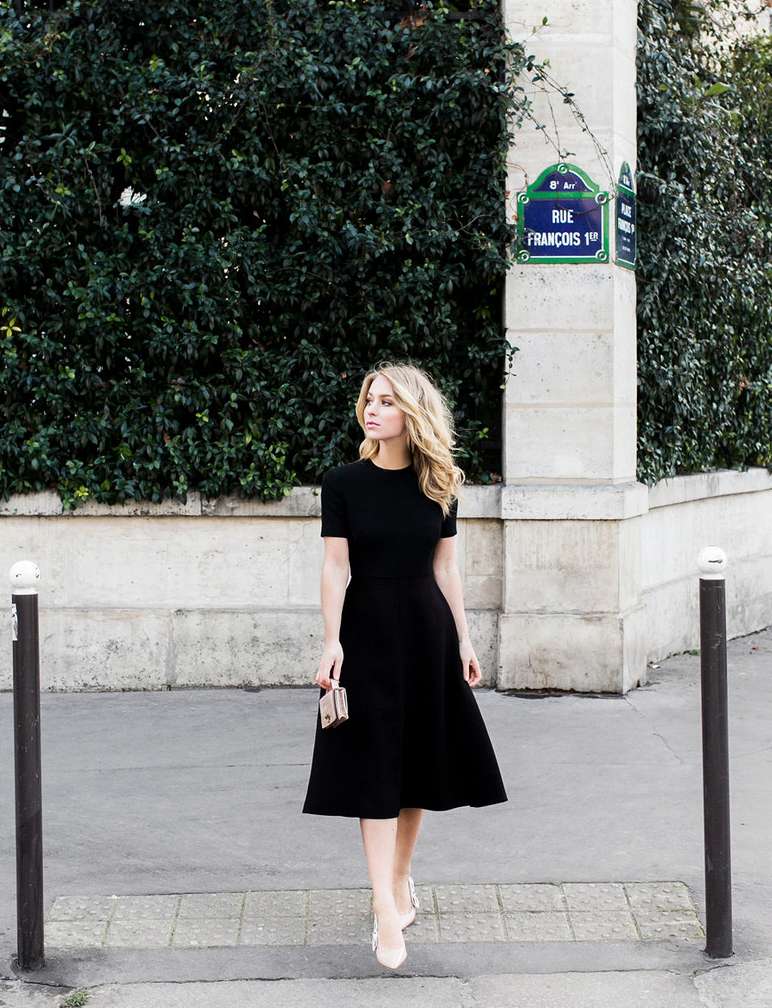 Are you struggling to find out how to get out of debt when you’re broke? I’ve been there. Struggling through the first few months paying off my student loans immediately after college and still paying off credit cards I used to buy textbooks was NOT a fun experience.

I talk to a lot of people about money, and just about all of them will tell you that being in debt is one of the hardest and most emotionally exhausting situations a person can be in. It can hurt your physical and mental health, put a lot of stress on your relationships, and make it hard for you to get anywhere in life.

Being in debt is not a great way to live your life because it feels almost like you aren’t living life at all, you’re just struggling to get by and can’t actually enjoy even the small things that used to bring you joy.

Despite how draining being in debt could be, it’s not entirely hopeless, regardless of how little money you have. It is possible for you to get out of debt when you’re broke and still be able to enjoy yourself a bit during the process.

How to Get Out of Debt When You’re Broke

Make a Commitment to Yourself

The very first step in being able to get out of debt when you’re broke is to make a commitment to actually doing it. Have you ever heard those stories where someone tried and tried to lose weight for years but it never stuck? And then one day a flip switched in their head and they lost 100 pounds in a year?

Paying off debt works exactly the same way. Unless you’re willing to be 100% committed to paying off debt, it’s not going to stick. You may end up paying off a credit card or two but there’s a high probability you’ll end up back in debt.

You need to want to be debt free. You need to think about it everyday and be willing to go running towards the goal without looking back at that pair of shoes you desperately want. YOU CAN DO THIS!

I’ve been writing about personal finance for a while and there is one thing I’ve noticed that applies to just about everybody, people handle their money in one of two ways. They are either (1) proactive or (2) reactive.

Being reactive with your money means that you figure things out as they hit you. If a financial disaster strikes, you put it on a credit card and hope to deal with it later. Being proactive means that you make a plan for your money that will think about the future and plan for any experiences that may happen.

Making this simple switch from reactive to proactive can completely change your finances and put you in an insanely better place. Paying off debt is an awesome first step towards being more proactive.

Well, the way you think, act, and feel towards money is the biggest reason why you’re in debt to begin with. If you really want to start getting out of debt you must change your money mindset away from being a spender.

Having an emergency fund is one of the best things you can to for you to start paying off debt. This step is one of the most important, please don’t skip this!

I know, I know. It sounds like an odd concept to begin with getting money in your savings before you start to pay off debt. However, without an emergency fund you’re going to find it so much harder to pay big amounts towards your debt because you’ll be worried about something bad happening all the time.

Related Article: How to Build an Emergency Fund ~ The RIGHT Way!

This is one of the most emotionally exhausting parts about paying off debt, I promise. It’s not fun, but it’s necessary. Most of us who have a decent amount of debt don’t actually know the total value of the debt and can make a lot of mistakes when paying it off because of this.

A great thing about calculating your total balances is that it gives you a bit of a kick in the butt towards paying off your debt. It’s an amazing way to give yourself that initial motivation to work really hard.

Did you know that there is more than one way to pay off debt? I know, it’s not as simple as just throwing extra money wherever you feel like!

I usually talk about two specific methods, the debt snowball and the debt avalanche. I suggest that you do your own research on both methods, and figure out which one you think will work better for YOU, not what works better for other people.

Now that you’ve changed your money mindset, and you’re aware of how much debt you have in total, it’s time that you start thinking about how much money you’re spending on things you don’t actually need.

A lot of us spending a ton of money because we’re bored, or because we’re emotional spenders, or because of the fear of missing out caused by social media. Whatever your reasons for spending too much money, it’s important that you learn how to control it.

You should take some time to review your monthly bank statements and credit card statements to see where you’re throwing your money each month. Once you have an idea where you spend, it’s time to start cutting those expenses as often as far as you can.

Remember that these sacrifices don’t need to be for the long term, but they are getting you toward an awesome goal of being debt free. It’s hard, but it’s worth it.

One of the best things you can do is to stop creating new debt (obviously) and quit using your credit cards all together, unless you don’t have another choice.

There are a few ways to enforce this for yourself, a really popular way is to just go all in and cut those cards up, but that’s not entirely necessary.

One of my favourite ways to stop myself from using credit cards is to freeze them. Yup! I put them in a tupperware container and fill it with water and throw that baby int he freezer. This is the easiest way to make it so you can’t use them in person.

However, this doesn’t stop you from having them memorized or having the information saved from your favourite websites.

Oh, budgeting. It’s a necessary evil when it comes to making our money work for us. I know that for a lot of us, budgeting isn’t something we want to do, but budgeting is a huge part of being proactive instead of reactive like we talked about earlier.

Budgeting is all about making a plan for your money instead of letting your money control you. If you’re really wanting to get out of debt, having a serious budget in place is the greatest way to figure out just how much money you can afford to put towards debt each month.

Related Article: How to Create a Bare Bones Budget

If your debt is a lot of consumer debt (i.e., credit cards) I highly suggest taking the time to find a promotional offer where you can get free balance transfers from one card to another with a really low interest rate.

If you’re “broke” chances are you have a really high (like 20% high) interest rate on your credit cards, so if you can get even a 10% balance transfer interest rate for a few months, you will save a whole bunch of money in interest.

It’s also an awesome thing to do because it streamlines your debt payoff process. Having a ton of different credit cards can make it a lot more complicated and increase the chances of you missing a payment. Making one larger payment a month is a lot more simple than 5 small payments.

try some no spends

A lot of people who consider themselves broke, aren’t actually broke. They make a decent amount of money but they just aren’t very good at handling their money! I’ve been there and some days I’m still there.

If you’re one of these people, a great way to stop spending money for a while is to implement a few no-spend days or weeks into your life. What’s a no spend?

Well, it’s a small period of time where you only pay for absolutely necessary expenses, like your rent/mortgage, food, and utilities, but there is no eating out, no buying new clothes, etc. This is a great way to dump money you’d normally spend onto your debt so you can make some quicker progress.

If you’re seriously committed to paying off your debt, it’s time to start side hustling.

This doesn’t need to be a second job, unless that’s something you’re interested in picking up. It can be as easy as starting a blog, or a youtube channel. It could be picking up some extra babysitting on the weekends, or driving for uber.

There are SO MANY options for making more money, that there are no excuses for not being able to start a side hustle these days!

Some of my favourite debt payments are the ones I didn’t know I was going to be able to make. Found money is the best money.

If you get money as gifts, or a large tax return, or government cheques, all of this money should go straight towards paying off your debt. Why? Because this money isn’t in your budget that you’re going to implement, so it’s not money that you actually need to survive.

Instead of putting that kind of found money towards things like clothes, trips, or shoes, put it directly onto your debt!

The process of paying off debt is never an easy one, no matter what your financial situation is. You could be making $200,000 a year and still be struggling to pay off debt.

It’s all about your mindset and your commitment to the process. Stay committed. Don’t give up. YOU GOT THIS.

Figuring out how to pay off debt when you’re broke isn’t as hard as it seems. Using the above steps are a great place to start the process and can really change your financial situation.

If you enjoyed this article be sure to share it on Pinterest, it really helps me out! 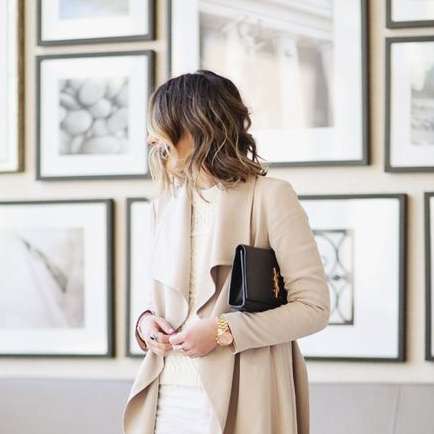 Hey! Welcome to Not Quite An Adult. I'm Taylor. Learning how to budget my money changed my entire life and I'm here to help you do the same.